Shutters and Blinds Are the Same

One common misconception you will hear when shopping for plantation shutters is that you can fulfil the exact needs with blinds. However, it is not true because shutters and blinds are completely different window treatments. For instance, blinds comprise small blades connected and controlled by strings. Unfortunately, the blades on most blinds are thin, which can obstruct your view. Moreover, operating blinds on more expansive windows can be a problem because you might pull a string only for one side to lift while the other stays down. Plantation shutters solve such issues because they come in varying slat sizes, allowing easy visibility and light entry control. Moreover, the slats on plantation shutters are individually hinged, enabling you to customise how your shutters look and operate.

Shutters Are Difficult To Clean

Cleaning shutters regularly is one way to make them last longer. However, most people look at the slats on window shutters, particularly on expansive windows, and conclude that cleaning the panels is a nightmare. However, nothing could be further from the truth because plantation shutters are arguably the easiest window coverings to clean. It is attributed to the few slats and enough space between the panels, which allow a hand to fit in and wipe the dust away. Furthermore, you do not have to worry about laundering because there is nothing to wash if you use plantation shutters.

The most significant advantage of plantation shutters is their ability to darken a room when shut. Unfortunately, homeowners think that it is the only thing plantation shutters offer, even when they are open. However, it is not the case since shutters can let in as much light as you want when you open them. For instance, when you slightly open all the shutters, some light streams through while maintaining shade and privacy. However, you can swing open the entire shutter for maximum visibility and light entry. Additionally, a shutter frame covers less space on a window. 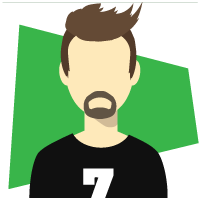 Hello, my name is Doug and this is my home and garden maintenance blog. I hope this blog will be of great assistance to anyone out there who is looking for advice and help on how to improve their home or their garden. I should say now, right off the bat, I am not a pro at any this. What follows is drawn from the knowledge I have gathered via my own mistakes and successes when working on my own property. I am getting pretty old now, so I wanted to create a place where I could pass on everything I know.